the artist and the new world 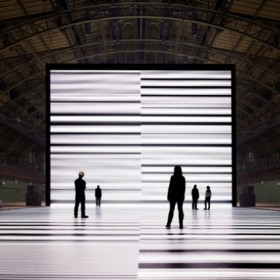 “The media are not toys; they should not be in the hands of Mother Goose and Peter Pan executives. They can be entrusted only to new artists, because they are art forms.”
Marshall McLuhan, Counterblast (1953)

Don’t let new media fall into the hands of managers of big companies and their marketing departments. New media are safe with artists, because new media are art forms, media theorist Marshall McLuhan wrote in his seminal manifesto ‘Counterblast’. At that time McLuhan still was professor of English literature at the University of Toronto, but the imagination of the possibilities of new media pushed him with firm hands towards the slowly emerging media science.

Read the full article studio hyperspace-founder Theo Ploeg wrote for the seminar Culture 3.0: Prosuming the Art Academy at the Royal Academy Of Art The Hague on march 27 2015 over at medium.