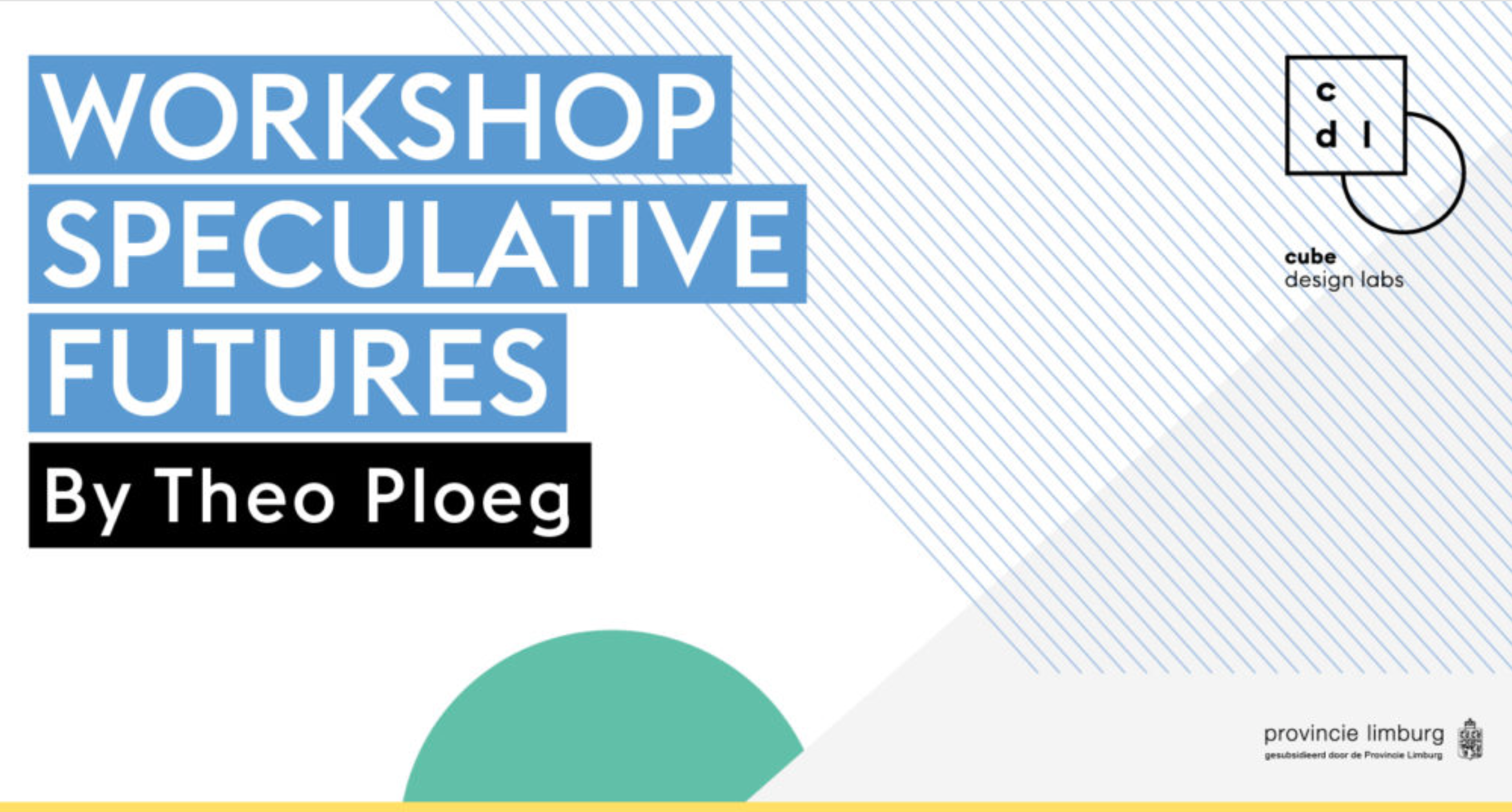 Speculative design still is the new kid on the design block. Since this decade, the approach infiltrates art academies and appears at design shows like Dutch Design Week in Eindhoven. In 2017 Frank Kolkman won the Young Dutch Design Award with his speculative work, but thinking of possible and preferable future is far from common in mainstream design.

Not that strange considering the fact that speculative design forces you to reframe the status quo and that is scary and we are not particularly good at that.

So, our founder Theo Ploeg is going to help you with that. On July 16 and August 13 he is doing a workshop speculative futures at the design labs of Cube Design Museum in Kerkrade. The workshops are part of the two summercamps that Cube organizes and that are focussed around their Nature exhibition.

Speculative design is an approach to design (for) the future. It challenges designers to leave known territories and take steps into the unknown by creating a possible and preferable future. It does so by the introduction of the concept of fictional world building into the design process. It’s like writing the screenplay for a positive episode of ‘Black Mirror’ and designing for it.

In this workshop we translate contemporary and urgent challenges to the near future, build a world around them and create a lo-fi prototype. The tools we use are part of Intervention Design, a new speculative design approach.

Want to participate? Join one of the workshops and be inspired.

More info and tickets (including diner) over at EventBrite.